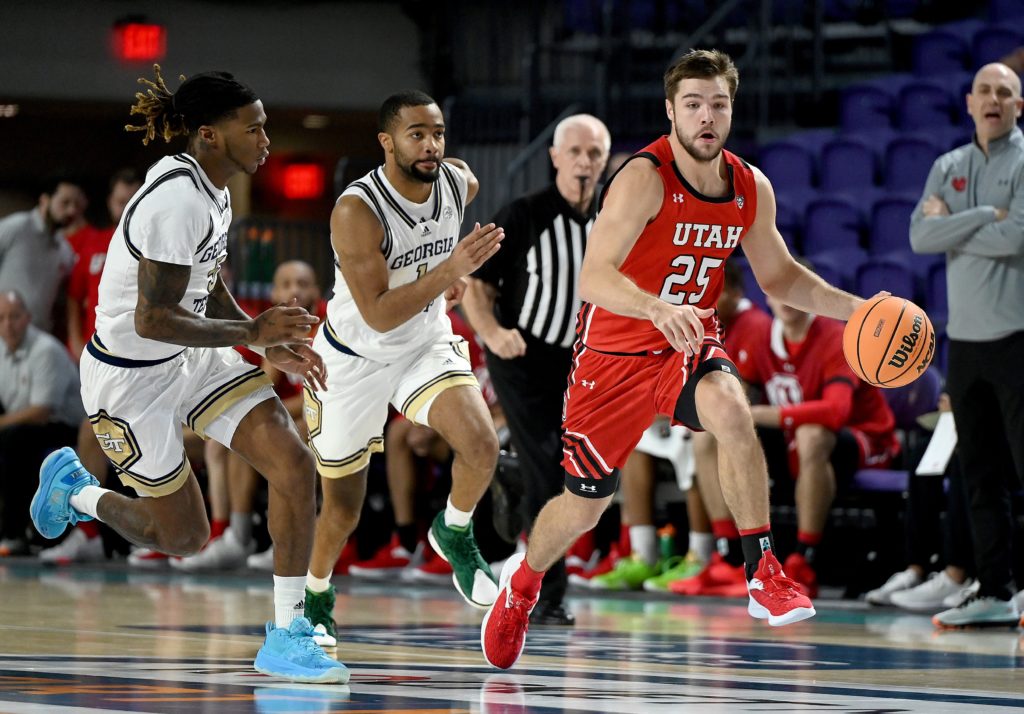 Five Utes tallied double-digit points in the contest: Lazar Stefanovic and Marco Anthony each had 11 while Branden Carlson and Rollie Worster each added 10. Deivon Smith led the Yellow Jackets with a season-high 15 points along with six rebounds.

Utah’s offense exploded right out of the gate, as the Utes jumped out to a 23-4 lead over the game’s first 10 minutes while shooting 62 percent (8-of-13) from the field. Georgia Tech responded with a 10-0 run of their own, narrowing the deficit to nine with just under six minutes remaining. Kyle Sturdivant’s three-pointer made it a 36-28 game going into the break.

Georgia Tech opened the second half strong, going on a 17-6 run to take a 45-42 lead with 11:52 remaining. Smith and Miles Kelly combined for 15 of the Yellow Jackets’ 17 points during the stretch.

Back-to-back buckets by Stefanovic and Worster gave the Utes back the lead, 61-57, with 4:16 remaining. In the game’s closing seconds, Utah’s defense stopped a Georgia Tech layup attempt to secure their two-point lead, allowing Madsen’s free throws to close out the game.

Utah will face the winner of Mississippi State and Marquette in the Rocket Mortgage Fort Myers Tip-Off championship game on Wednesday night at 8:30 pm ET. Georgia Tech will play in the third-place game on Wednesday at 6:00 pm ET.