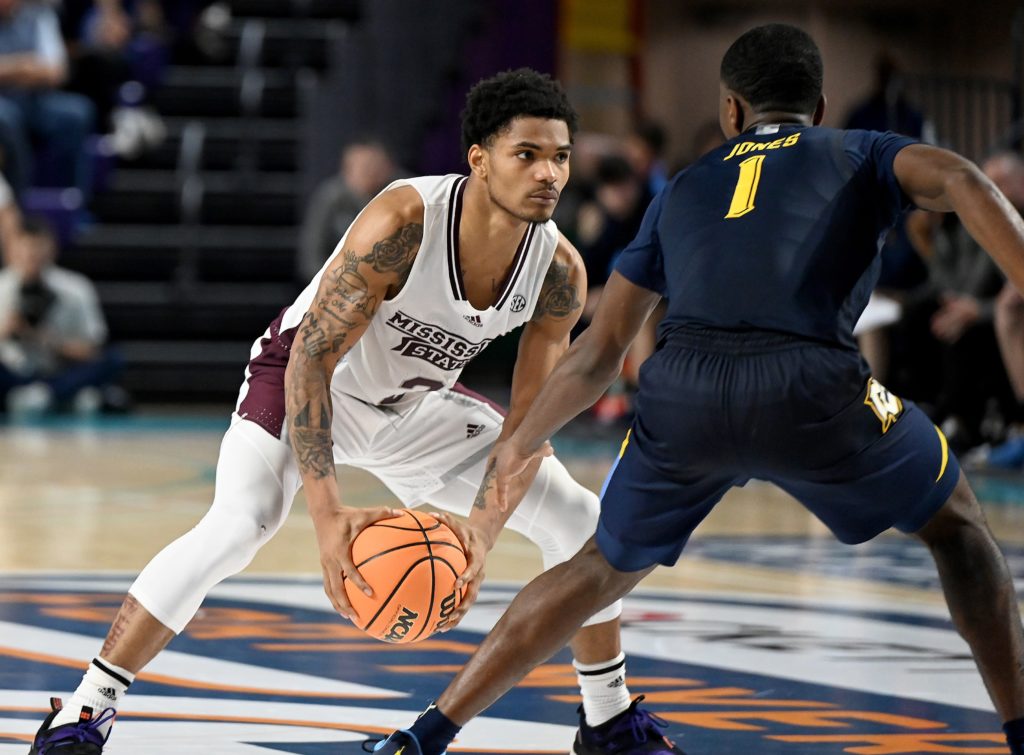 It was a defensive battle throughout the contest with each team forcing 16 turnovers. The battle on the boards proved to be the difference as Mississippi State outrebounded Marquette 42-30, leading to a 12-0 advantage in second-chance points.

Eric Reed Jr. scored 15 points, including the deciding free-throws in the game’s final moments, to lead the Bulldogs while Tolu Smith corralled 16 rebounds alongside seven points and six assists. Tyler Kolek led all scorers with 16 points for Marquette.

After a layup by Kolek tied the game at 48 with three minutes remaining, the Bulldogs responded with a three-pointer by Dashawn Davis. Kolek responded with a jumper, but a layup by Shakeel Moore maintained MSU’s three-point lead shortly after. Kolek’s 3-pointer with 3.5 seconds left cut Marquette’s deficit to one, but Davis’ free throws on the ensuing possession secured the victory.

In the first half, the Bulldogs and Golden Eagles combined for 14 turnovers and neither team shot above 33 percent. Mississippi State led 20-10 at the under-4 timeout before a mini-run by Marquette made it a six-point game at halftime, 23-17.

Mississippi State will face Utah in the Rocket Mortgage Fort Myers Tip-Off championship game on Wednesday night, with tipoff set for 8:30 pm ET. Marquette will battle Georgia Tech in the tournament’s third-place game at 6 pm on Wednesday. Both contests will be broadcast live on FS1.