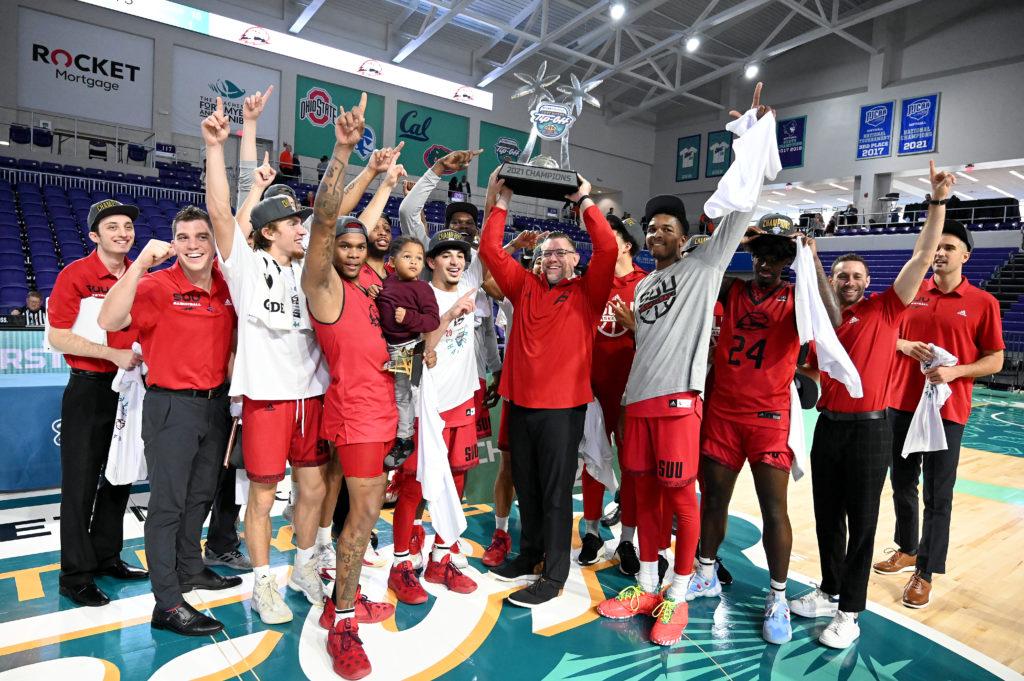 John Knight III scored 17 of his 19 points in the second half to lead Southern Utah over Bowling Green to win the Rocket Mortgage Fort Myers Tip-Off Palms Division championship game.

Knight III was later named Tournament MVP after his outstanding performance. The senior guard shot 8-of-11 (72.7 percent), matched a season high with seven rebounds, and dished out four assists.

Southern Utah led by as many as 21 in the second half, outscoring the Falcons 45-35 and holding them to 35 percent shooting. The Thunderbirds also forced 13 turnovers in the contest.

An energetic, back-and-forth first half featured nine lead changes. Fausett notched 12 of his 14 points on 4-of-5 shooting for Southern Utah, which utilized a 13-2 run late to begin distancing itself from the Falcons.