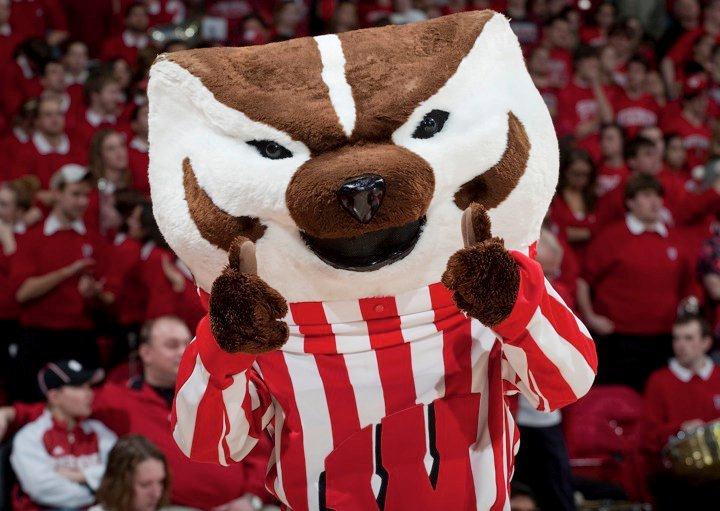 Where They Rank: Looking Ahead to the 2020-21 College Basketball Season

With the conclusion of the 2019-20 college basketball season, members of the media have begun looking ahead to next season, including a pair of teams that will participate in the 2020 Rocket Mortgage by Quicken Loans Fort Myers Tip-Off that are among many of the Way Too Early Preseason Polls that have been released in the last couple of days.

Widely considered among the top teams that will enter the new year, Wisconsin and Colorado will join Butler and South Florida for the third-annual event on Nov. 23-25 in Fort Myers, Fla. The Badgers, champions of the Big Ten Conference this past season, are ranked as high as No. 4, according to Seth Davis of The Athletic, while the Buffaloes are ranked as high as No. 18 by Jeff Goodman of Stadium.

Outside of top 25 rankings, Joe Lunardi has Wisconsin as the Big Ten’s automatic qualifier – indicating a Big Ten Tournament championship is in the cards for the Badgers next season – and a No. 3 seed in his early 2021 NCAA Tournament Bracketology, with Colorado a No. 11 seed, and Butler on the bubble.

Together, the four programs participating in the 2020 Rocket Mortgage Fort Myers Tip-Off boast a combined 57 NCAA Tournament appearances, including eight Final Four appearances, and 64 conference championships. Since 2010, Butler and Wisconsin have each been to a pair of Final Fours and have competed in the national championship game, while Colorado has won 20 or more games in six of nine seasons under head coach Tad Boyle. And on the heels of a 24-win season capped by the CBI Championship in 2019, South Florida is poised to return three of its top scorers by the time the Bulls arrive in Fort Myers in 2020.

On Wisconsin: “Greg Gard led one of the bigger second-half turnarounds in the country this season, with the Badgers winning eight straight games to end the season to earn a share of the Big Ten regular-season championship. All five players who started the season finale against Indiana will be back, and all five will be seniors next season. Gard will have one of the most experienced teams in the country, one that has plenty of offensive balance: D’Mitrik Trice and Brad Davison on the perimeter, Nate Reuvers and Micah Potter down low, and Aleem Ford as a do-it-all glue guy.”

On Colorado: “The continuity of Tad Boyle’s starting lineup has been remarkably consistent with McKinley Wright, Tyler Bey, D’Shawn Schwartz and Evan Battey all starting at least 40 games in 2018-19 and 2019-20 combined. Next season should be the year it culminates with an NCAA Tournament appearance – and even a couple of wins in the dance.”

On Wisconsin: It’s not often we see an all-senior starting five, but that’s what the Badgers will have as they bring back the entire core of the group that won a share of the Big Ten title. Three freshmen will push the older guys for minutes, and I expect 6-7 forward Tyler Wahl to take a significant step forward in his sophomore season.

On Wisconsin: “The Badgers won eight straight games to close the regular season and shared the Big Ten crown with Maryland and Michigan State. Now the top five scorers from the final-game roster are expected back. The best of the bunch might be Micah Potter … He’s among the reasons Wisconsin will have a chance to secure back-to-back league titles.”

On Wisconsin: The Badgers might have something to say about Big Ten supremacy, poised to bring the core — D’Mitrik Trice, Brad Davidson, Aleem Ford, Micah Potter and Nate Reuvers — all back from a Big Ten co-champion squad.

On Wisconsin: “If the Badgers bring everyone back, they should definitely be a Top 25 team. Nate Reuvers could test the waters, but if he returns with fellow seniors D’Mitrik Trice, Brad Davison, Aleem Ford and Micah Potter, Greg Gard will have a heck of a group.”

On Colorado: “As long as Tad Boyle has McKinley Wright IV and Tyler Bey, he’ll have two of the top players in the country.”

On Wisconsin: “After winning a share of last year’s Big Ten regular season title, the Badgers are on track to essentially return everyone of note. Their frontline of Aleem Ford, Nate Reuvers and Micah Potter will be as good as anyone in the Big Ten, D’Mitrik Trice has developed into a solid shot-maker and Tyler Wahl is waiting in the wings as a super-sub. Throw in Brad Davison, and the Badgers will compete for the league title once again.”

On Wisconsin: “The Badgers won the last eight games to close out the season and are returning all starters and only losing one senior. This is a very seasoned team led by forwards Nate Reuvers and Micah Potter, who both averaged double-digit points this past season and shot over 45 percent from the field.”

On Colorado: “The Buffs will be returning leading scorer McKinley Wright IV, D’Shawn Schwartz and Evan Battey. Colorado hasn’t won an NCAA tournament game since 2012 and this is a group that can break that losing streak next season.”

On Wisconsin: “There might not be a single team that is flying more heavily under the radar entering the 2020-2021 season than the Wisconsin Badgers … (they) should be the favorites … to compete for a Big Ten title.”

On Wisconsin: “Wisconsin surprised just about everyone when it turned things around and won a share of the Big Ten title after a rough start to the year. The Badgers lose only Brevin Pritzl from a solid roster which brings back Nate Reuvers, Brad Davison, D’Mitrik Trice and rising star and potential Big Ten Player of the Year candidate Micah Potter. The Badgers could be in line for a repeat.”