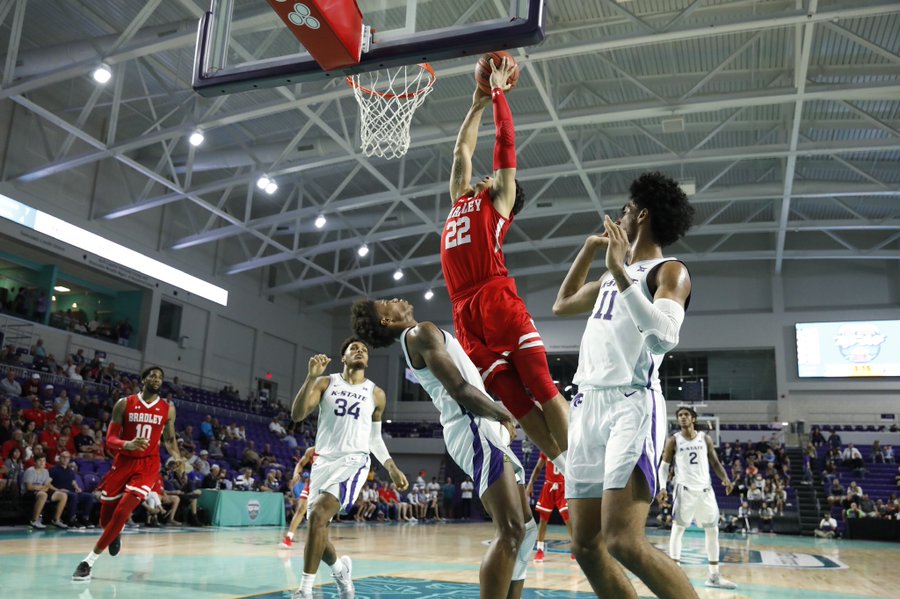 After being held to just one point in Bradley’s semifinal loss to Northwestern on Monday night, Nate Kennell scored 22 points on 7 of 11 shooting, including six 3-point buckets, to guide the Braves to a 73-60 victory over Kansas State in the third-place game of the Rocket Mortgage Fort Myers Tip-Off on Wednesday night.

Kennell was one of four players to score in double-figures for the Braves, who moved to 5-2 on the season. Darrell Brown finished with 16 points, Elijah Childs had 12 and Ja’Shon Henry finished with 11 points to account for 61 of Bradley’s points in the win. The Braves held the Wildcats to just 19 percent shooting from 3-point range (4 of 21) and used strong starts to the first and second halves to overcome 23 turnovers.

Xavier Sneed led the way with 15 points for K-State, who move to 4-2 on the season. Mike McGuirl and Shaun Williams each had 10 points for the Wildcats.

Bradley will next play on Dec. 3, a road tilt against Memphis, while K-State will face Florida A&M on Dec. 2.