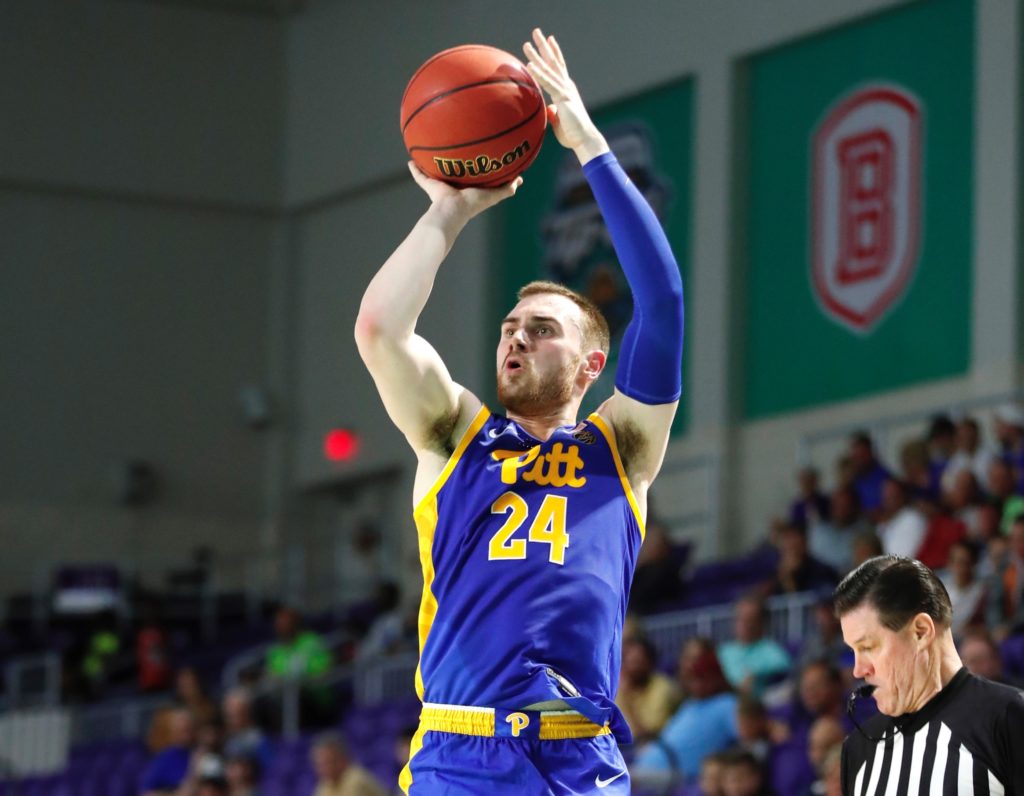 Xavier Johnson scored all 12 of his points in the second half, including four in the decisive final seconds to give Pitt a 63-59 victory over Kansas State in the first semifinal of the Rocket Mortgage by Quicken Loans Fort Myers Tip-Off on Monday night.

Trailing by one with just under 30 seconds to play, a missed K-State free throw gave Johnson and Pitt the opportunity for the go-ahead layup. Johnson drove the lane for a hanging right-handed layup with 11 seconds remaining to give the Panthers a 59-58 lead. After a subsequent K-State offensive foul, Johnson converted on two free throws with four seconds remaining to essentially put the game away.

Pitt will take on either Northwestern or Bradley in the championship game of the Rocket Mortgage Fort Myers Tip-Off on Wednesday at 8:30 p.m. ET. The game will be televised by FS1. K-State will face either team in the consolation game at 6 p.m. on Wednesday.